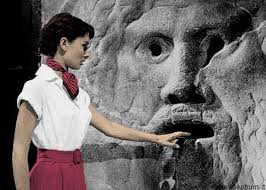 When tourists visit Rome and book a tour, one of the most asked questions we get asked is ‘Where did they film Roman Holiday?’

Why? Because Audrey Hepburn is to Rome what Jackie O was to Capri or what Elizabeth Taylor was to Acapulco. She was the epitome of elegance without excess. Little did she know that one walk in the Pincio in Rome..and her life would change forever. Rome had captured her heart and Audrey Hepburn would spend the next twenty years in Rome and of course it all began with the making of Roman Holiday in 1953, which won her an Oscar.

This is a what’s what of the most beautiful locations used in the movie.

The beautiful pistachio coloured old school Vespa that Audrey whizzes around Rome on is timeless and on a million black and white postcards in every museum gift shop in the city. 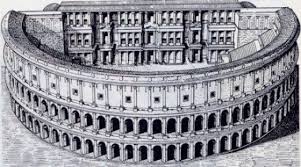 The moment that Audrey gets on the scooter is right by the Teatro Marcello building, which you can see in the background of this photo above. The Theatre of Marcellus was an ancient open-air theatre in Rome, Italy, built in 13 BC.

The Mouth of Truth (Bocca della Verità in Italian) is in the entrance of the church Santa Maria in Cosmedian behind Circus Maximus. Although it is not known what it was used for, it was most likely used for animal sacrifices in ancient times.

Did you know that when Gregory Peck pretends to have his hand bitten off by the Mouth of Truth, that Audrey’s reaction was natural when she screams in shock. It wasn’t scripted, but actually a cheeky improvisation on Peck’s part.

Most people don’t realise that Audrey lived in Rome for 20 years after marrying her Italian husband Andrea Dotti in 1969. “I believe in pink.” she once said, and it was in a pink cashmere Givenchy wedding dress that was married.

A beautiful book to buy with photography of Audrey and her time in Italy would be the exhibition catalogue of the fab ‘Audrey: Twenty Years in Rome’ exhibit, which was in commemoration of the 50th anniversary of ‘Breakfast At Tiffany’s and is still available online. 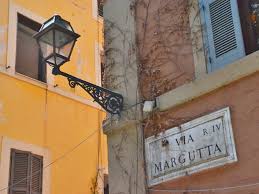 This was where Joe Bradley’s (Gregory Peck) apartment was. Which is not a bad address as far as they go, as a few doors away at number 110 was where director Federico Fellini lived with his wife Giulietta Masina. 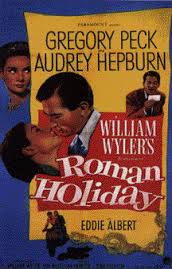 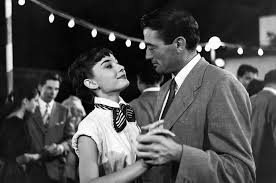 You can watch the full movie here. Enjoy!

Why not book a tour with Minerva Tours Rome and discover more!

When I found Rome, I found my world. Federico Fellini